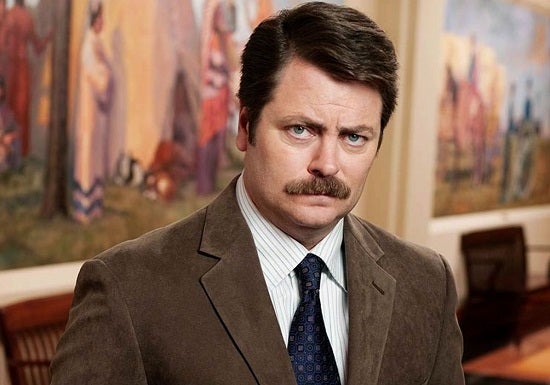 In a new interview with Newsarama (via CBM), Parks & Recreation standout Nick Offerman, who is voicing Axe Cop in the new Animation Domination animated series by the same name, revealed that he once auditioned for Bryan Singer to play the role of Wolverine in X-Men. Asked which comic book heroes he could see himself playing in live action (he suggests The Fantastic Four's The Thing or The Boys's Butcher), Offerman told the site that, somewhere out there, there's an audition tape of a young Ron Swanson as Wolverine. "You know actually, I auditioned for Wolverine when Bryan Singer made the first X-Men movie," Offerman said. "I went on tape reading for that role. I always felt when I was younger, I could have taken a good crack at Wolverine."