There's quite a bit of derision aimed at Warner Bros. in the media and among comic book fans, saying essentially, "How can it be so hard to make a Wonder Woman movie? Here's how I would do it!" More than once now, there's been short fan films made, accompanied by a flurry of blog posts and stories in the entertainment press centered around the idea that a small group of underfunded fans have figured out something that Warner Bros. can't. The idea that Warner Bros. can't "figure out" Wonder Woman comes from comments made by various officials in the company. Mark Pedowitz of The CW, when he benched Amazon recently, said that Diana was "the trickiest of all the DC characters." Other officials, citing underperforming movies like Salt and Whiteout, have expressed concern about building an action franchise around a female lead; those have been difficult sells in recent years and as the budget for tentpole movies keeps spiraling upwards you have to make more and more money to generate a profit off such a film. 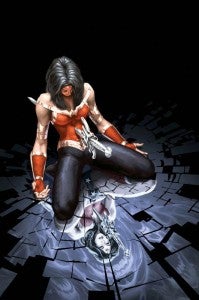 Marvel knows this, by the way, and have expressed similar reservations about bringing their female characters to life. Unfortunately for Warner Bros., Wonder Woman is an icon in popular culture and it's widely perceived that there has to be an easy way to bring her to life that does justice to the character and makes a pretty penny for the financiers. I'm not here to say that there isn't; there may be. It is not, however, as easy as many claim it to be, and history seems to have borne that out. Two failed TV pilots before Lynda Carter's ever got on the air were bookended with a failed pilot and a failed attempt at launching a pilot since. There's been some success with a direct-to-DVD movie, but not only are those numbers not widely available but the bar for success on a fairly inexpensive-to-make animated short feature (70-75 minutes, about an hour less than Man of Steel ran) is signifcantly lower than it would be in a feature film. And, yes, there have been many top-tier names who have said they'd give their right arm to play Wonder Woman--which makes it seem like this should be an easy transition from concept to execution. But for many, the "definitive" Wonder Woman is still Carter's take--a TV series viewed through the lens of nostalgia in which the character was, frankly, a bit preposterous. That's to be expected, since it was made in the Silver Age, but I offer this for context: Around the same time Carter's series was on TV (1975-1979), so was The Incredible Hulk (1978-1982)--a vision of the character that's also fondly remembered by fans and served as the catalyst for a number of "This can work!" conversations over the years. Neither character has been successfully translated into any kind of solo work since; a pair of Hulk movies were critical and commercial disappointments and even now that he was arguably the standout character in The Avengers (the highest-grossing superhero movie of all time), Marvel has been cautious about jumping on the Hulk movie bandwagon. And here's another thing: directly below this sentence, you can see two fan films. 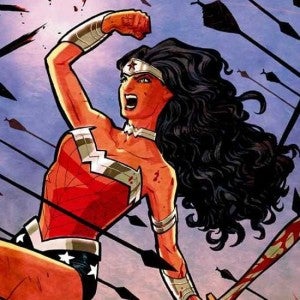 They're great. They're beautiful. They're ambitious and creative and cool and sexy and all the things you would hope a major motion picture based on the Amazing Amazon would be. But the headlines screaming that they prove how easy a Wonder Woman movie can be, or "show the studio how it's done," or whatever else dozens of media outlets have said in their glowing write-ups of these Web videos are silly. There are a lot more considerations when you're making a major motion picture than there are when you're making a video for the Internet. The videos above exist for basically two reasons: to entertain, and to show off the work of the creative people involved. That's great, but its' hardly a comprehensive list of what you need to accomplish when you're making a $200 million movie that's, more likely than not, tying into a larger cinematic universe--or even a TV series. You've got to split focus; there's concept/execution stuff, which is really all that the fan videos have to work on, but there's also the ability to speak to a mass audience. That means casting somebody who's both recognizable and marketable enough to play an A-list character, and it means telling a story that's digestible enough to be promotable. In the case of Wonder Woman, there's a history of problems there. She works best when she's:

Neither of those is either a guaranteed box office hit or something that can be easily translated into a film that would work with Man of Steel. Diana can't be eighty years old or older and still work as a contemporary of Superman and Batman, for instance, so World War II is a hard sell. Plus, it would be seen as a knock-off of Captain America in some quarters and it would be admittedly difficult to do a very different take on superheroes in World War II so soon after Captain America: The First Avenger. The mythology angle is a real problem for Warner Bros., who recently had disappointments with Clash of the Titans and Wrath of the Titans. It's been a long while since anything this side of 300 has been a big hit in that style of filmmaking and it seems pretty likely that 300: Rise of an Empire might not qualify. So...what next? Do you just expect that making a standard superhero movie will work because of Wonder Woman's familiar brand and the fact that she's a woman? It could work, certainly, or somebody could come up with a wholly unexpected take on the concept... ...but don't pretend that because somebody can make a two-minute fan video that looks great and draws 3 million hits, that means Warner is half-assing the approach to the movie; they need a lot more than 3 million people to watch a TV show or movie to be even remotely successful.

No, You Probably Don't Know How to Make a Successful Wonder Woman Movie