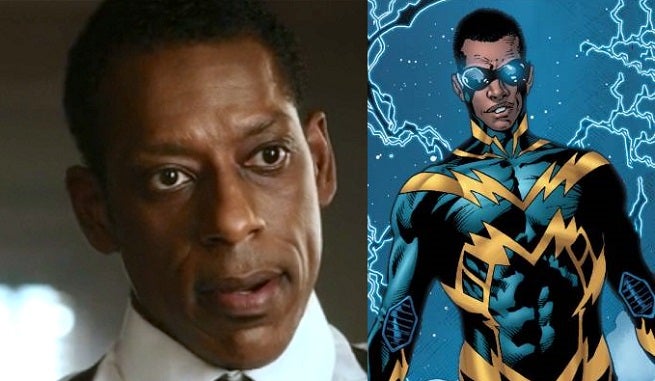 Sleepy Hollow and Evolution star Orlando Jones has already picked out which superhero he'd like to play if given a chance -- but it isn't one that's had anything announced yet.

He's got his eye on Jefferson Pierce, better known as the DC Comics superhero Black Lightning.

He tweeted about it earlier today:

.@DCComics can I be Black Lighting? I would KILL that. If u hate the idea @JasonRempala told me 2 ask. #justsaying pic.twitter.com/Oy6Rk0zr5i"

Of course, not only has DC not announced any plans with the character, but it seems somewhat unlikely that they will, unless it's as part of the announced Static Shock webseries. The two aren't related in the comics, but having two African-American superheroes with electricity-based powers and a similar color scheme running around at the same time seems likely to create confusion if they aren't somehow connected onscreen.

Black Lightning's credited co-creator, writer Tony Isabella, claims that he should be the sole creator and that the character was not created under a work-for-hire deal, but as part of a partnership with DC. When he tried to obtain the character rights from DC Comics following the cancellation of the Black Lightning series in 1978, Isabella says that artist Trevor Von Eeden was given a co-creator credit in order to obstruct his attempts to reclaim the rights.