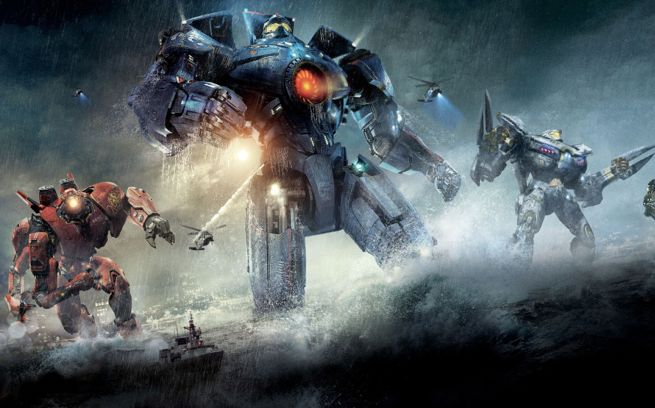 Pacific Rim writer/director Guillermo del Toro announced today that a second film in the franchise was on the way, joined by all the trappings of a successful big-budget franchise film.

"From now until April 2017, we're going to develop a new animated series for Pacific Rim," del Toro said in a video announcement embedded below. "Continue comic book series that we started with Year Zero and most importantly, creating a sequel for the film. I'm working on this with Zak Penn and Travis Beacham and we're happy to be bringing you more kaiju and more Jaegers, kicking each others' butt."

Last summer's sci-fi/action epic grossed barely $100 million on a budget of around $190 million domestically -- but it made more than $300 million overseas, turning it into a respectable global success for Legendary Pictures and their then distribution partner Warner Bros.

Universal has tentatively scheduled the film, which will be released in 3D, for April 7, 2017.

You can check out our exclusive interview with Pacific Rim: Tales From Year Zero and Pacific Rim writer Travis Beacham here, where he discusses the possibility of returning to the world of Pacific Rim for more comics.

Pacific Rim 2 Is a Go, Along With Animated Series and Comics - See the Announcement Here!