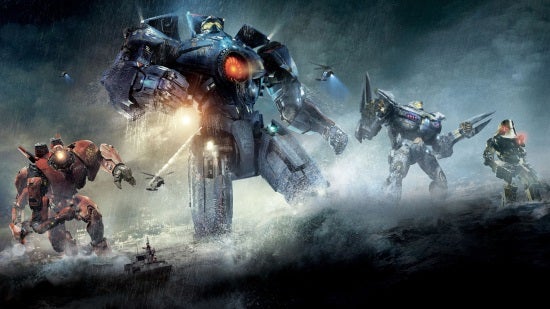 Thomas Tull, producer and CEO at Legendary pictures, is getting ready to sit down and talk with director Guillermo del Toro about a sequel to Pacific Rim. When asked by Collider about the status of the sequel, Tull had this to say:

"We love being in business with Guillermo and frankly that movie, if you look it up, did I think more business than the first X-Men, did more than Batman Begins, our first movie, did more than Superman Returns, The Fast and the Furious, Star Trek- so for a movie that was an original property that we made up it's done really well. It did north of 400 million dollars globally and both the home video sales and the merchandise have way over-indexed, so it seems like fans really loved the world. So we're going to sit down with Guillermo and as long as we think it's authentic and there's something to say, we're certainly open to it."

In Pacific Rim, as a war between humankind and monstrous sea creatures wages on, a former pilot and a trainee are paired up to drive a seemingly obsolete special weapon in a desperate effort to save the world from the apocalypse. The sequel to Pacific Rim is already being written by del Toro and co-writer Travis Beachem, though it has not been officially greenlit. Perhaps that will come out of del Toro's discussions with Tull.