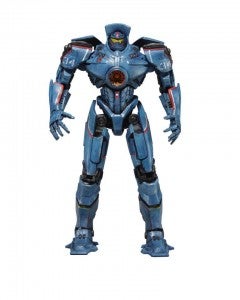 Before Toyfair starts in New York tomorrow, the filmmakers behind Pacific Rim took to their Facebook page to give fans a sneak peek at a pair of the action figures that will be unveiled there. The film, which hits the big screen on July 11, pits giant robots called Jaegers up against kaiju--massive monsters a la Godzilla. The action figures revealed are two of the Jaegers--a blue one called Gipsy Danger and a red one called Crimson Typhoon. Del Toro, who also directed Hellboy and is reportedly in talks with Warner Bros. to make Dark Universe, recently called Pacific Rim "the only movie I've done where I don't want it to end." 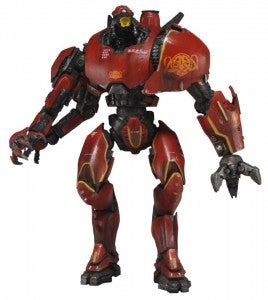 Pacific Rim Toys On the Web Ahead of Toyfair