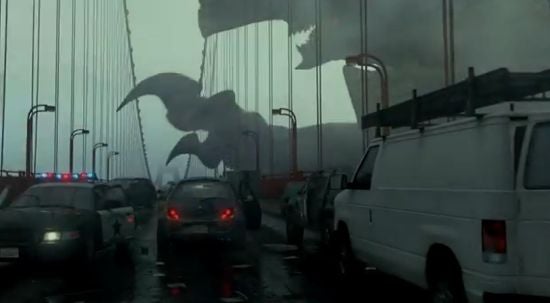 Director Guillermo del Toro is a popular director among comic book fans, because of the two Hellboy movies he directed. Comic Book Fans are also eager to one day see his take on a possible Incredible Hulk TV series and a Justice League Dark movie. In summer 2013, fans have Guillermo del Toro's Pacific Rim to look forward to. Here's the description for Pacific Rim, "When legions of monstrous creatures, known as Kaiju, started rising from the sea, a war began that would take millions of lives and consume humanity's resources for years on end. To combat the giant Kaiju, a special type of weapon was devised: massive robots, called Jaegers, which are controlled simultaneously by two pilots whose minds are locked in a neural bridge. But even the Jaegers are proving nearly defenseless in the face of the relentless Kaiju. On the verge of defeat, the forces defending mankind have no choice but to turn to two unlikely heroes—a washed up former pilot (Charlie Hunnam) and an untested trainee (Rinko Kikuchi)—who are teamed to drive a legendary but seemingly obsolete Jaeger from the past. Together, they stand as mankind's last hope against the mounting apocalypse." The first Pacific Rim trailer was released yesterday, and we've compiled our list of the five best moments. 5. The Monsters – While the Kaiju are only shown in bits and pieces, they appear to be large and destructive. The image of a Kaiju emerging from the ocean depths, showing his large claws reaching out toward a bridge is an amazing scene. A Kaiju letting loose with a large roar at the end is also a great way to finish the trailer. 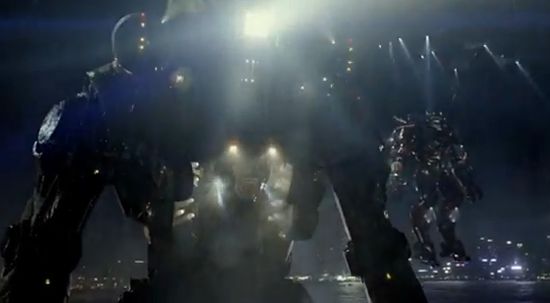 – If you have a good monster, then you also need a good robot to fight it. The Jaegers appear to be very well designed and are great looking massive robots. The trailer effectively shows how the pieces come together, and how the human operators control these machines. 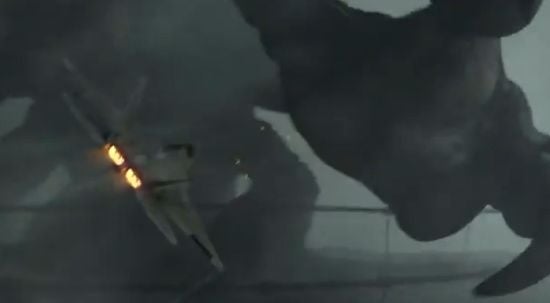 – What's the first thing that governments do when a giant monster shows up? They send out jets to attack it. Of course, the giant monster is always going to swat the jets away, triggering giant fireball explosions. Sure it's a cliché, but everyone does it, because it's fun to watch, and Pacific Rim doesn't disappoint. 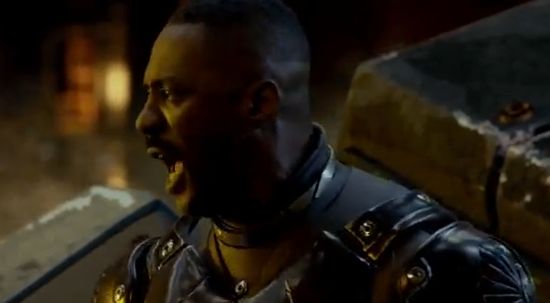 2. Today We Are Cancelling The Apocalypse

– Idris Elba's character Stacker Pentecost delivers a rousing speech to help motivate the troops. Stacker says, "Today at the edge of our hope. At the end of our time. We have chosen to believe in each other. Today we face the monsters that are at our door. Today we are canceling the apocalypse." It's a great speech and is a perfect clip for the trailer. 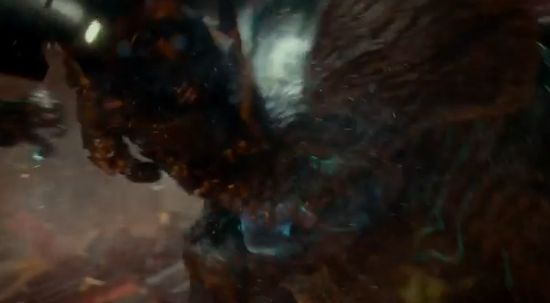 – If the Pacific Rim trailer had just given us fleeting glimpses of the Kaiju and Jaegers, then it probably would have satisfied most fans. However, the trailer doesn't hold back and actually shows Kaiju and Jaegers in combat. There's nothing more exciting than seeing giant robots and giant monsters trading blows.