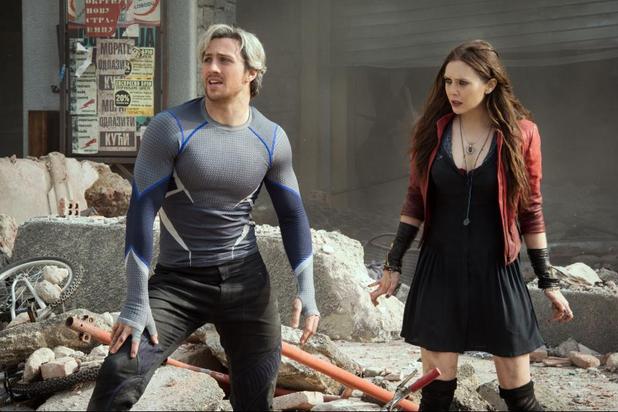 It seems nobody gets along with Iron Man for long in Avengers: Age of Ultron.

Spinning out of the same set visit report that revealed some of the groundwork being laid for Captain America: Civil War in the upcoming Avengers sequel comes that news that apparently Tony Stark's past as a weapons manufacturer comes back to haunt him in the film, as Quicksilver and Scarlet Witch turn on The Avengers because of their relationship with Iron Man -- at least in the early going, before they figure out that Ultron might not actually be the lesser of two evils.

"Our characters have a lot of anger, especially towards Tony Stark, and we want revenge," said Elizabeth Olsen, who plays Scarlet Witch in the film, during an interview with Digital Spy. "We meet Ultron, and he's someone who preaches peace and… believes what we believe, which is that the Avengers create destruction and that Tony Stark's bomb is responsible for killing our parents."

Unsurprisingly, their alliance with Ultron ends up turning sour, and Olsen reveals that "my character ends up really having to deal with her ignorance. A lot of problems that happen towards the end of the film are her responsibility."

Avengers: Age of Ultron is in theaters on May 1.