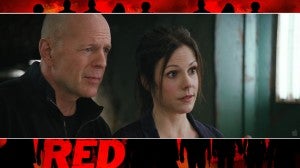 When ComicBook.com talked to Cully Hamner, the co-creator and artist on RED with writer Warren Ellis, at the New York Comic Con the artist explained to us that the movies had established their own continuity separate from the comics. He said that, while there may not be any more comics coming from he and Ellis anytime soon, the sequel to the film seemed to be coming along nicely. Today, MTV's Splashpage has confirmation of some details. The film will be released on August 2, 2013, according to Summit Entertainment, its distributor. Helen Mirren had previously confirmed her participation in the sequel, but the minimal details released describe a story that will "reunite our team of retired CIA operatives as they use their old-school style to take on a new set of enemies all across Europe." While that doesn't necessarily confirm that it will pick up right where the previous film left off (with a pair of characters on the run with a nuclear weapon in a fictional Eastern European nation), it certainly seems possible.