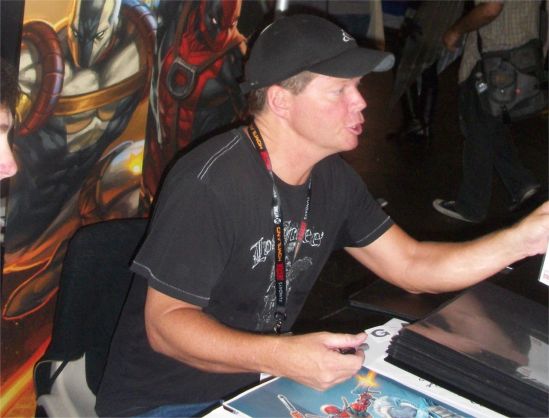 While Twentieth Century Fox has yet to make any official announcements about an X-Force movie, things appear to be moving along nicely with the film. According to past reports, Jeff Wadlow was hired to write the screenplay and potentially direct the film. Well, it now looks like Wadlow has finished at least a first draft of the screenplay. X-Force creator Rob Liefeld shared via Twitter that he read the current draft of the X-Force film last week. Liefeld called the script "beyond impressive." While some might think that as the X-Force creator, Liefeld might be a little biased, he has never been known to be shy about giving his true opinion on anything. While Liefeld hasn't revealed any huge spoilers, he did reveal a couple tidbits about the script. Liefeld wrote, "The best part of the film is the camaraderie between the team as they learn to cope and trust one another!" Liefeld also added, "There are at least 4 sequences that long time fans of X-Force, Cable and Deadpool will scream in absolute delight! #wadlownailedit." While Liefeld's comment seems to confirm that Cable and Deadpool will be part of the team, he refused to divulge any of the other cast members. As far as how Deadpool being in the X-Force could affect a Deadpool standalone movie, Liefeld indicated, "Perfectly plausible to see the X-Force and Deadool stand alone film released within 6 months to a year of one another. Great times ahead."