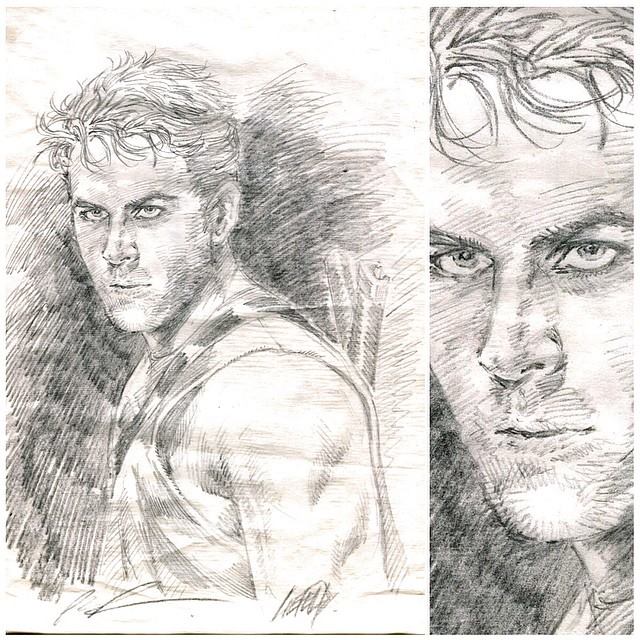 Comic book artist, Image Comics co-founder and Deadpool creator Rob Liefeld tried his hand at portraiture earlier this week, posting a drawing he made of Ryan Reynolds as Deadpool to his Facebook page.

It looks like he's modeled the shot on an image of Reynolds from X-Men Origins: Wolverine. It's not totally clear whether we'll get a look at "handsome" Deadpool at all when his own movie comes around, since the only images we've seen so far, in the proof-of-concept animation, were masked and Reynolds' face was scarred in the Wolverine picture.

Deadpool will go into production soon for a release in February 2016.