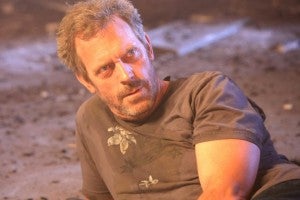 Hugh Laurie, late of House fame, is in talks to play the villain of the upcoming Jose Padilha-directed RoboCop remake, according to a report from Variety. The studios involved with production and distribution of the film had no immediate comment. Joel Kinnaman from The Killing is set to play the title role, with assists from Gary Oldman and Samuel L. Jackson. The addition of Laurie to the film would see him take on the role of OmniCorp's CEO. OmniCorp is, of course, the fictional corporation in the world of RoboCop who designed and manufactured the RoboCop shell for murdered police officer Alex Murphy. Oldman will play the scientist who, working for OmniCorp, actually develops the technology to "create" RoboCop while Jackson will play a charismatic and patriotic media mogul. The film, which also stars Abbie Cornish as Murphy's wife, is scheduled to start shooting this summer for a release on August 9, 2013. Laurie, an Emmy- and Golden Globe Award winner, recently retired his beloved character of Dr. Gregory House and shuttered production on the show that bore his name. While he's scheduled to appear in the upcoming war drama Mister Pip, it's also rumored that he may soon reunite with his longtime comedy partner Stephen Fry.