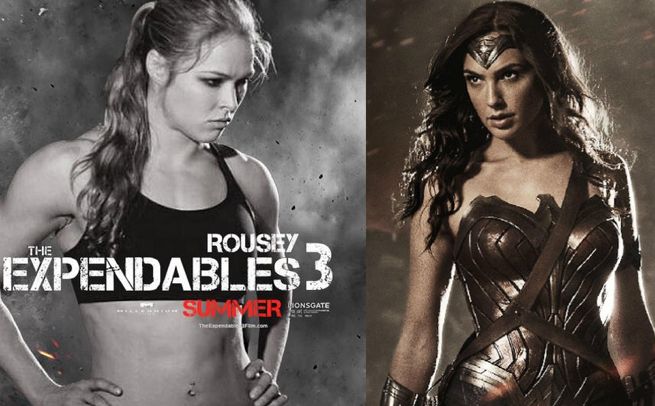 Last week, Ronda Rousey raised quite a stir when she claimed that she could do a better job than Gal Gadot as Wonder Woman in Batman V. Superman: Dawn of Justice. In an appearance on the Tommy Toe Hold show, Rousey said, "Yeah, yeah, I should have been Wonder Woman, man. That girl couldn't curl a two-pound weight. What's so wonderful about that? I don't understand."

In a new interview with USA Today, Rousey further elaborates on her problem with Wonder Woman and how female superheroes are portrayed in general.

Rousey said, "I'm tired of watching this thing where the woman's superpower is dumbed down. In The Fantastic Four, the woman is the invisible one. In X-Men, (telekinetic) Jean Grey gets tired all the time. Wonder Woman is cool, but she has bulletproof bracelets, while Superman is a bulletproof dude. It's like she has really cool accessories. I think about that a lot."