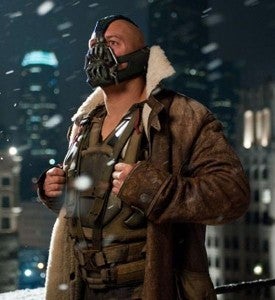 Remember when Rush Limbaugh set off an internet firestorm by suggesting that The Dark Knight Rises villain was named Bane in a left-wing conspiracy to make people associate him with Bain Capital and hurt Mitt Romney's presidential campaign. Comicbook.com talked to Bane's creator Chuck Dixon, who said, "The idea that there's some kind of liberal agenda behind the use of Bane in the new movie is silly. I refuted this within hours of the article in the Washington Examiner suggesting that Bane would be tied to Bain Capital and Mitt Romney appearing. Bane was created by me and Graham Nolan and we are lifelong conservatives and as far from left-wing mouthpieces as you are likely to find in comics." Rush Limbaugh then later claimed that he didn't mean to imply a conspiracy theory but just that democrats were going to use the Batman villain against Mitt Romney in the campaign. Apparently, Limbaugh got more reaction to his comments on Bane than anything he had ever said before. Limbaugh claimed, "More people are concerned about whatever I might have said or didn't say about a Batman villain than they are about their own jobs." Well, Limbaugh must need another ratings boost, because he's back talking about The Dark Knight Rises again. According to a transcript of Rush Limbaugh's show today, Limbaugh said, "Do you remember when the latest Batman movie came out? What was it, The Dark Knight Rises? In Colorado, a guy shows up and shoots up the theater, and there were people that died in that massacre, right? Did Obama and the media blame the film? Did they blame the filmmaker? I mean, if there was a connection to the film, you could make a great case that this wacko was affected by the movie. I wonder what woulda happened if Obama woulda said in the aftermath of that incident that the video, the movie, the film was responsible. The filmmaker." Limbaugh also added the point, "That's the exact case they were trying to make with the filmmaker of this video that supposedly makes fun of the Prophet Mohammed. Just a little question, just a little observation. I'm not trying to stir anything up. No, nothing of the sort. I'm just trying to point out the hypocrisy and the lack of consistency with these people."