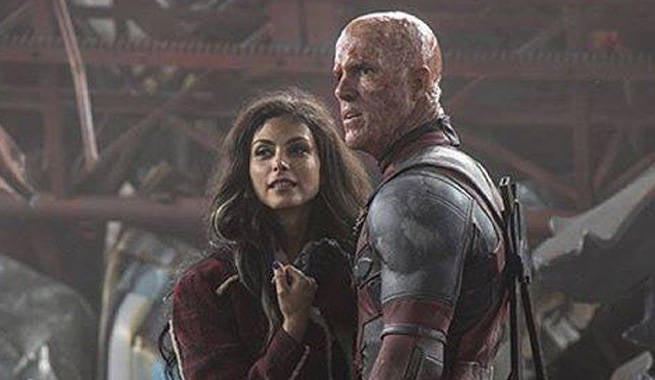 Deadpool is less than two weeks away and Ryan Reynolds has been out an about promoting the upcoming film for weeks now.

Earlier today, the actor took to Facebook to share a new image of himself and Morena Baccarin in their Wade Wilson and Vanessa Carlysle characters, respectively.

In the caption, Reynolds apologizes to his South American fans for not making it down to them. He chalks his lack of travel south of the Equator up to a fear of meeting people sexier than himself.

Based upon Marvel Comics' most unconventional anti-hero, DEADPOOL tells the origin story of former Special Forces operative turned mercenary Wade Wilson, who after being subjected to a rogue experiment that leaves him with accelerated healing powers, adopts the alter ego Deadpool. Armed with his new abilities and a dark, twisted sense of humor, Deadpool hunts down the man who nearly destroyed his life.