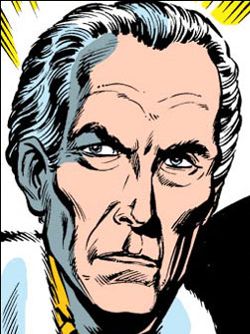 Actor Sam Rockwell has confirmed the rumor to MTV's Splash Page that he will star in the upcoming Iron Man sequel. The 39 year-old star of such films as Confessions of a Dangerous Mind and The Hitchhiker's Guide to the Galaxy, will play Stark Industries rival, Justin Hammer. While Rockwell does admit to being cast, he didn't reveal very many specifics about Hammer's role in the film. "Yeah, he's a rival," Rockwell said, "He takes over all the weapons stuff … I don't know if he takes over Stark Industries."

For those of you not familiar with the character, Justin Hammer is a rival of businessman and inventor Tony Stark. Hammer had, at one time, been denied an opportunity to purchase Stark's own Stark Industries. Seeking revenge, Hammer used his vast fortune to discredit Tony Stark and his bodyguard, Iron Man, on numerous occasions. Unless extensive make-up will be used for the character, Rockwell's character will be a much younger version of the Iron Man villain.

Along with the Rockwell rumor, MTV's Splash Page reported on January 7th that Mickey Rourke was in talks with film executives to play either the Crimson Dynamo or another Iron Man villain called Whiplash. When asked if Rourke had been cast yet, Sam Rockwell told MTV, "I hope so!"