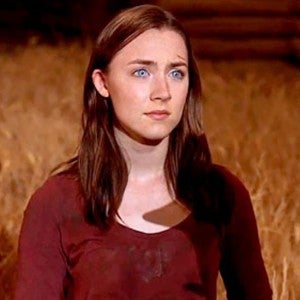 Last month, Latino-Review reported that Saoirse Ronan had auditioned for Star Wars Episode VII. Now, according to Sky News, the actress has confirmed that she did indeed audition for a role in the film. After confirming the audition, the actress also added that "so has everyone". However, beyond confirming the audition, Saoirse Ronan was rather tight-lipped about the film. Ronan claimed that the Disney/Lucasfilm bosses would "chop off her head with a light-sabre" if she revealed any more details. Of course, Ronan's confirmation of auditioning does lend credibility to ongoing reports that Star Wars Episode VII will feature a female lead. While exactly what role Ronan auditioned for is unknown, the idea of Han Solo and Princess Leia's daughter being a major role in the film has been a consistent rumor. Star Wars Episode VII is scheduled to be released in movie theaters in the summer of 2015.