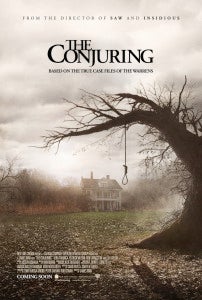 James Wan, the director of The Conjuring and the upcoming Insidious: Chapter 2, will reportedly stop making horror movies out of concern that he'll become "the horror guy" and not have opportunities to branch out to other genres. "I'm going to go on record and say I am finished with the horror genre. Conjuring and Insidious 2 are my two last scary movies," Wan told Moviefone. " The filmmaker, who also directed the first Saw movie, went on after that to make five horror films before taking the job on the forthcoming Fast & Furious 7. "Hollywood puts you in a box," he added. "If you do a successful comedy, then you're know as The Comedy Guy. If you do a successful car chase movie, then you become that guy. So I'm a student of cinema, so I just want to make sure I get the chance to make other kinds of films." Insidious: Chapter 2 opens tomorrow.