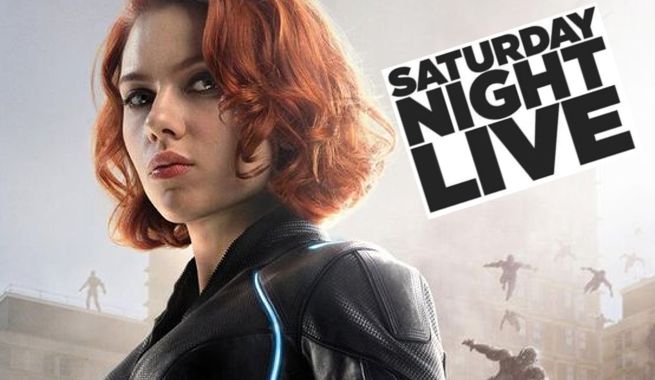 NBC has announced that Scarlett Johansson is set to host Saturday Night Live on May 2, 2015. As comic book fans know, May 2 is the day after the Avengers: Age of Ultron opens in the United States, and it's also Free Comic Book Day.

Scarlett Johansson has hosted Saturday Night Live three times before, and she is the second Avenger to host SNL this year. Chris Hemsworth, who plays Thor, hosted back in March of this year.

There is no musical guest yet announced for Johansson's episode. With the Avengers: Age of Ultron dominating theaters that weekend, it would be surprising if SNL didn't take advantage of Johansson hosting to do an Avengers sketch

Johansson plays Black Widow in the Avengers: Age of Ultron, which opens on May 1, 2015.