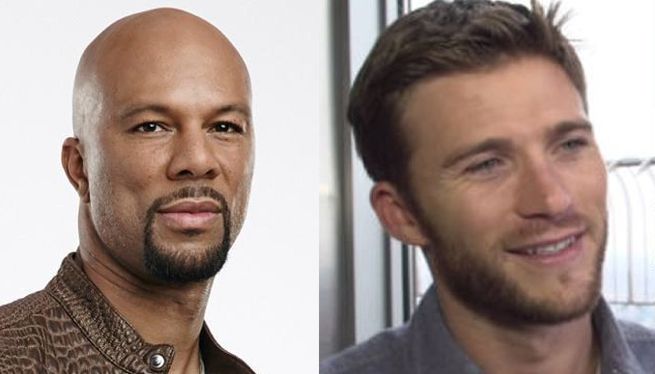 While the roles of most of the cast of Suicide Squad has been officially confirmed by Warner Bros., there are a couple roles that are still a mystery. Even though Scott Eastwood and Common are known to be in the film, there has been no official statement as to the characters they are playing.

Last week, set photos of Common showed him playing a character covered in tattoos. Of course, if we've learned anything about David Ayer's Suicide Squad, then it's that a number or characters are rather fond of tattoos. However, Comicbook.com pointed out that Common's tattoos in particular seemed to match up with the DC Comics villain the Tattooed Man.

Now, Heroic Hollywood is reporting that their sources have indeed confirmed that Common is playing the Tattooed Man. Not surprising, but they have an additional scoop that is much more of a surprise. If you don't want to know who Scott Eastwood is playing, then stop reading now.

According to Heroic Hollywood's sources, Eastwood was spotted with the name S. Wilson on his chest. Of course, S. Wilson would almost definitely be short for Slade Wilson, who is also known as Deathstroke.

The rumor is particularly interesting considering that David Ayer posted a mysterious photo earlier this week, which some have speculated was hinting at the Deathstroke character.