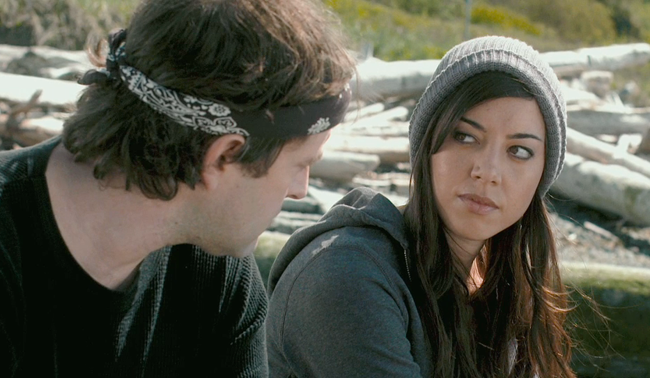 It's been a little over a year since the last time Scott Pilgrim vs. the World and Parks and Recreation's Aubrey Plaza (onscreen wife to Chris "Star-Lord" Pratt) last told an interviewer that she wanted to play Catwoman someday, but back then it seemed to be...a bit more playful.

Of course, in the interim not only has the latest film Batman been cast, but Philip Seymour Hoffman tragically passed away, so it seems her vision of her Catwoman future is doomed. It doesn't seem to have stopped her from making a more serious declaration about her love for the character and her interest in the role.

"I would f---ing die to do something like that," Plaza said of joining the DC Cinematic Universe. "There's something so sexy and badass about Catwoman. I just think it's the ultimate female role. You get to be a woman, but you also can destroy people, and you use all your female energy for evil. I just kind of love that."

The new quote comes from this week's issue of Total Film, a superhero movie-themed issue that will surely have some more headlines hitting over the next few days. As ever, Total Film is parceling out the stories on their website, so it's best to buy a copy in print or digitally if you want to see it all in one place.

Of course, since Plaza starred in Colin Trevorrow's Safety Not Guaranteed, it might be more likely to find her in the Star Wars universe than in a comic book one...!