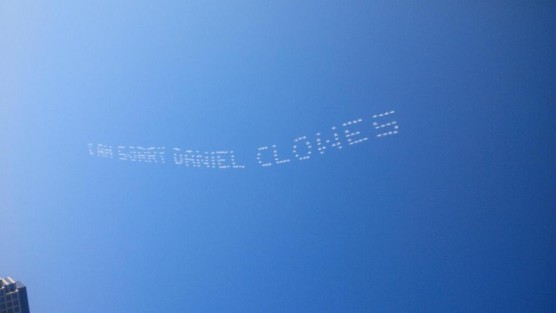 After accusations of plagiarism erupted into a crazed spree of Twitter "apologies" done using the words of others, actor/director Shia LaBeouf claims that he's retiring from public life. Anyone who believes it, please line up to the right, as we've got bridges to sell you. Ever since it came to light that his directorial debut, a short film called HowardCantour.com that debuted at Cannes last year, seemingly lifted most of its plot, as well as shots and dialogue, from cartoonist Daniel Clowes's Justin M. Damiano, LaBeouf took to Twitter to apologize more than a dozen times, using primarily well-known apologies copied out of books and off the Internet. He recently capped the spree with a series of far more aggressive comments, questioning the very idea of intellectual property. 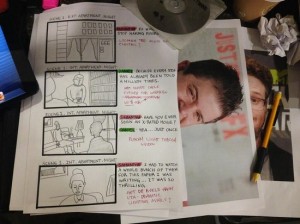 "Everything we have today that's cool comes from someone wanting more of something they loved in the past," LaBeouf tweeted on Sunday. "Action figures, videogames, superhero movies, iPods: All are continuations of a love that wanted more." His most recent series of tweets, embedded below, do not appear to be taken from other sources, although we will update if it later turns out that he's quoting a source that is not easily found online (which has happened before). On Wednesday, LaBeouf posted what he alleged a cease and desist letter he received from Daniel Clowes's entertainment lawyers after LaBeouf (jokingly?) suggested that his next film would be an unauthorized adaptation of Clowes's award-winning graphic novel David Boring.

In light of the recent attacks against my artistic integrity, I am retiring from all public life. — Shia LaBeouf (@thecampaignbook) January 10, 2014

My love goes out to those who have supported me. — Shia LaBeouf (@thecampaignbook) January 10, 2014

Pop star Justin Bieber told his Twitter followers on Christmas Day that he was retiring, but almost immediately retracted the statement. Could LaBeouf be playing with that?