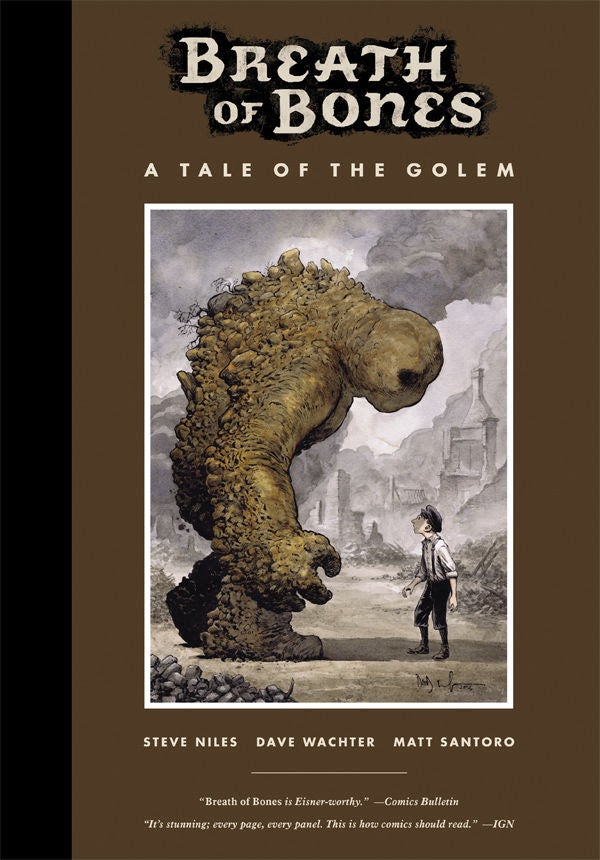 Dark Horse announced yesterday that the forthcoming film adaptation of Breath of Bones: A Tale of the Golem will be directed by Shrek's Andrew Adamson.

The three-issue miniseries was written by 30 Days of Night's Steve Niles and Matt Santoro. Artist Dave Wachter received a 2012 Russ Manning Award nomination for the book.

"Telling a story can be tough," Niles said told The Hollywood Reporter's Heat Vision blog, who broke the story. "It's the one monster rooted in religion and mysticism, so I wanted to be respectful. I decided to tell it as a World War II fable. It's a story of a grandfather teaching his grandson how to make a monster to defend his village against a Nazi invasion."

"From the moment I saw the cover art, I knew this had the makings of a new classic," said Adamson.

The story is set during World War II and deals with a British plane that crashes into a Jewish village. The crash brings Nazi attention, forcing the villagers to defend themselves, leading a rabbi and his grandson to build a golem for help.