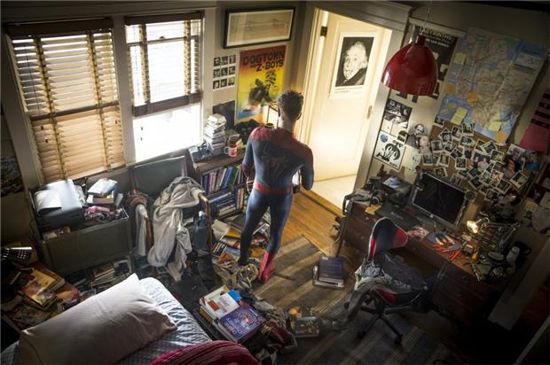 Every studio wants to create their own comic book universe nowadays. Even though Warner Bros. has struggled occasionally to get some of their superhero projects off the ground, they are in great position in that they still own the movie rights to virtually all of the DC Comics characters. On the other hand, Marvel Comics characters are split between multiple studios. Disney has had great success building an Avengers universe with Marvel Studios, and Twentieth Century Fox is heading in a similar direction with the X-Men franchise. Now, Sony Pictures is planning to build a multiple character universe around Spider-Man. In a call with investors earlier today (via TheWrap), Sony Pictures Entertainment Co-Chairman Amy Pascal said, "We are going to access Marvel's full world of Spider-Man characters, so be on the lookout for new heroes and villains." While Pascal didn't mention what characters in specific would be getting spin-offs, Venom has been rumored to be in the works for quite some time. There are also a host of other characters that might be classified as fitting in the Spider-Man universe that could be ripe for spin-offs. Scarlett Spider, Black Cat, Spider-Woman, Morbius and Cloak & Dagger are just a few that spring to mind. Past Spider-Man movies have grossed over $3 billion worldwide for Sony, so it's easy to see why they would want to expand the Spider-Man universe. The Amazing Spider-Man 2 is scheduled to be released in movie theaters on May 2, 2014.