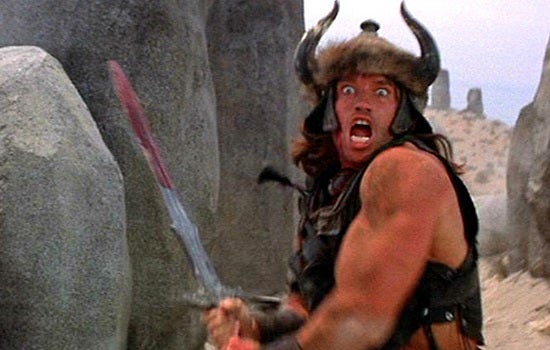 Stan Lee Media--the company that Stan Lee hasn't been involved with since it went bankrupt in 2002 but which has been filing lawsuits all over the entertainment world in the hopes of reacquiring some of the rights to his creations, lost a lawsuit this week that, if successful, could have seen the company claim a stake in the Conan the Barbarian film rights. The company had possession of the Conan rights at one point, but that was many years ago and they sold them off as part of their bankruptcy proceedings, with the rights ending up at Lionsgate, where they made the 2011, Jason Momoa-starring reboot of the franchise. Stan Lee Media claimed in their lawsuit that they had been "fast-talked" into giving up the rights for pennies on the dollar during their bankruptcy--a belief that the 9th Circuit Court of Appeals didn't share. "The ruling confirms what we have said all along: This was a meritless and frivolous lawsuit to cash in on others' hard work. I'm glad that two courts agree," said Paradox CEO Frederik Malmberg, one of the defendants named in the suit, in a conversation with Deadline. They've also got a copy of the ruling, which you can read here.