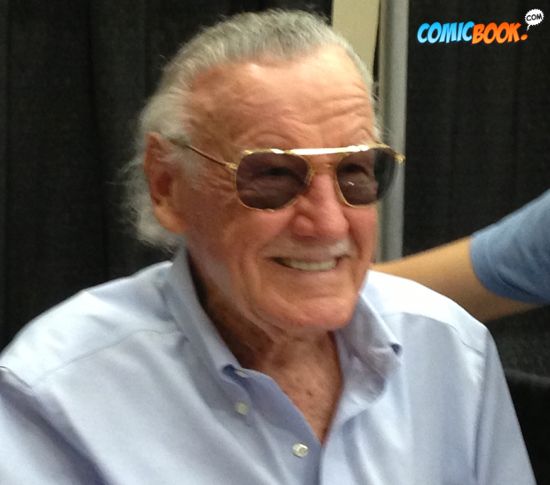 Last week, Comicbook.com broke the news that Marvel Comics legend Stan Lee said DC should give him a cameo in the Batman Vs. Superman movie. In a street interview, TMZ quizzed Stan Lee about Comicbook.com's story. When asked if he thought the Batman Vs. Superman cameo would actually happen, Lee said, "No, it won't happen, but they can't stop me from wanting it." When the TMZ reporter said that Lee should have a cameo, Lee quipped, "I couldn't agree with you more." When the TMZ reporter persisted that he thought Lee should do the Batman Vs. Superman cameo, Lee joked, "Well, you call them and tell them. When they find out you want me to, they'll do it."

0commentsStan Lee -- DC's Not Giving Me a Cameo in Batman vs. Superman ... But I Still Deserve It!!!