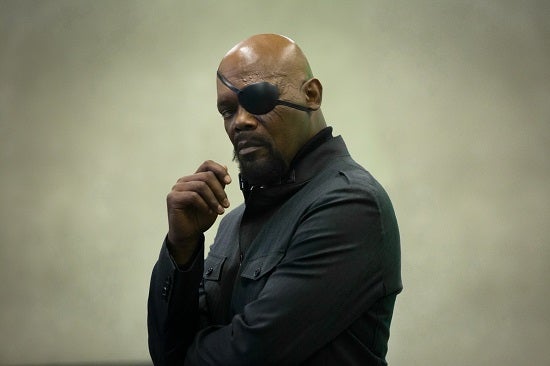 Stan Lee was present at this past weekend's C2E2 convention for a special spotlight panel. During the panel, he was asked some questions about S.H.I.E.L.D. in the Marvel Cinematic Universe. He recalled what S.H.I.E.L.D. originally stood for – Supreme Headquarters, International Espionage, Law-Enforcement Division – and said he wasn't really sure why they changed it. He then brought up another thing that bothered him: how Samuel L. Jackson plays Nick Fury. "Sam Jackson can do the best angry, tough guy you could imagine," said Lee, "and every time I see him in the movie he's so quiet and soft and I'm waiting for him to get excited and yell at people and he never does. So I don't know why they don't make him more like I picture him being." Stan Lee co-created Nick Fury with Jack Kirby in 1963's Sgt. Fury and His Howling Commandos #1. Jackson has played Nick Fury since the Marvel Cinematic Universe started in Iron Man. Fury's character in the comics is known as a grizzled, no-nonsense war vet. Apparently Stan Lee doesn't feel that Jackson's understated performance conveys the characters presence well enough.