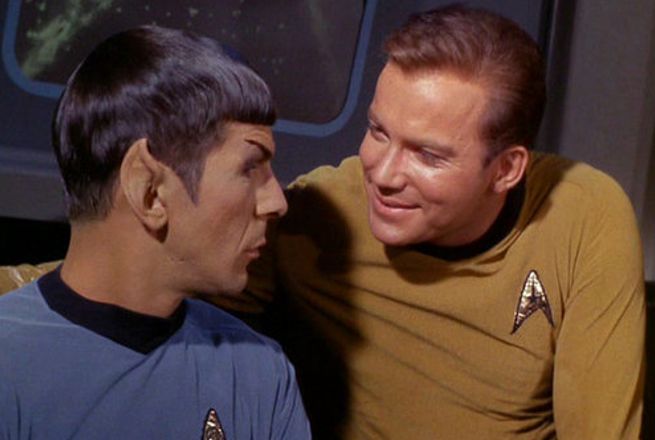 Bob Orci's Star Trek 3, which undoubtedly won't be called Star Trek 3 and probably shouldn't even be called Star Trek 3 colloquially, is expected to arrive in 2016, the year of the original show's 50th anniversary. This means that production will get underway in the new year, and indeed, that's what the cast are expecting.

Right now, there aren't many hard and fast facts about what this third film will entail, though I've been lead to believe that you can safely expect Klingons, and more Klingons than any other film in this new cycle of pictures. Badass Digest have scored another altogether more specific insight into plans for the film.

While it will depend on the complicity of William Shatner and Leonard Nimoy for the plan to come to fruition, the screenplay apparently features a sequence with both Old Captain Kirk and Old Mr. Spock that will mark their first in-canon scene together since 1991.

A cameo for Shatner was reportedly dropped from JJ Abrams' 2009 movie, but Nimoy did appear and he has since appeared in Into Darkness too. Surely at some point the new films would be expected to jettison the original cast training wheels and just try to trundle along by themselves, but this being for the 50th anniversary, and with Shatner and Nimoy no doubt closer to the end of their careers than even the mid-point, it seems fair that Orci might try to seize the opportunity.