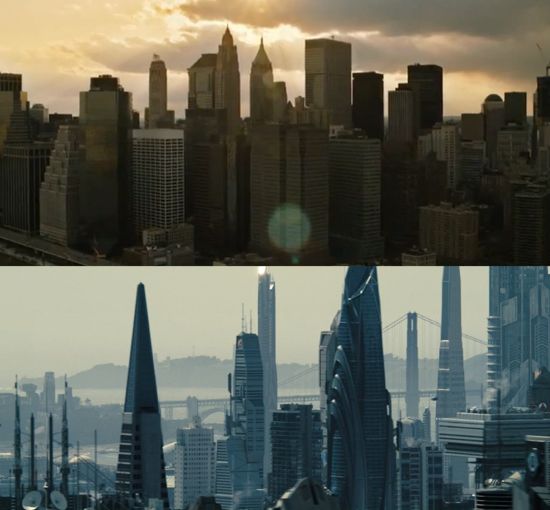 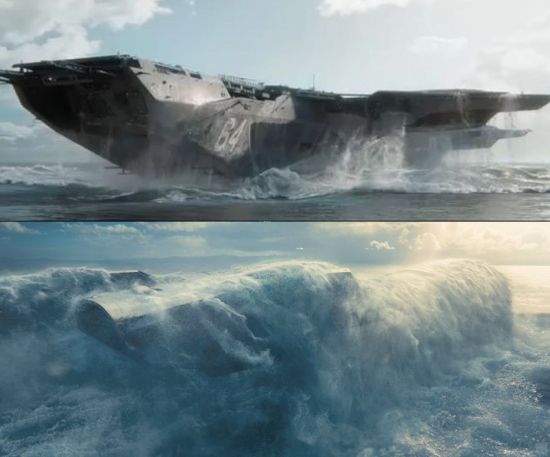 4. Large Crafts Rising Out Of Water 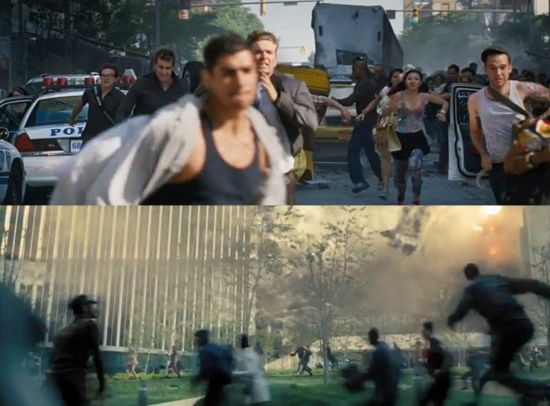 – The Star Trek Into Darkness trailer features a city under attack. There are people running from a mysterious threat and falling debris. Very similar to the city attack scenes in The Avengers, right down to the booming soundtrack. 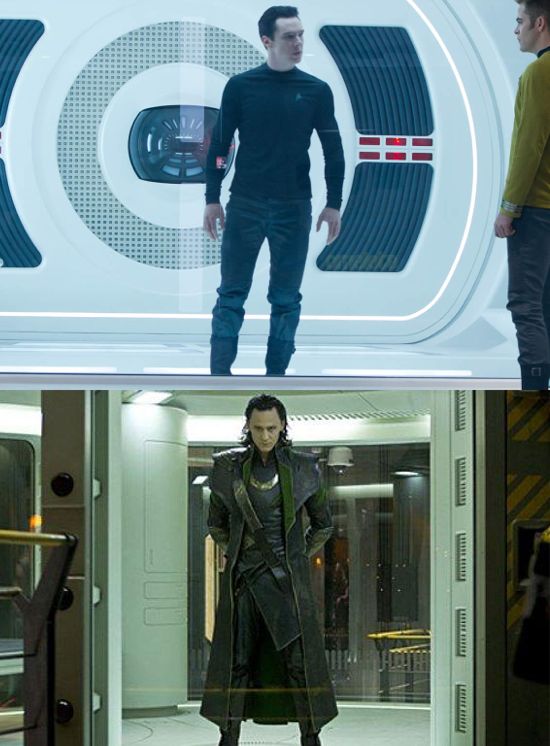 – One of The Avengers trailers starts with a Loki voiceover saying, "You were made to be ruled. In the end, it will be every man for himself." The Star Trek Into Darkness trailer starts with Benedict Cumberbatch's voiceover, saying "You think your world is safe. It is an illusion. A comforting lie told to protect you. Enjoy these final moments of peace. For I have returned to have my vengeance." Loki and Cumberbatch could easily swap lines. Not only do both villains have a propensity for grand threatening speeches, but they are also both familiar with the inside of a glass prison. 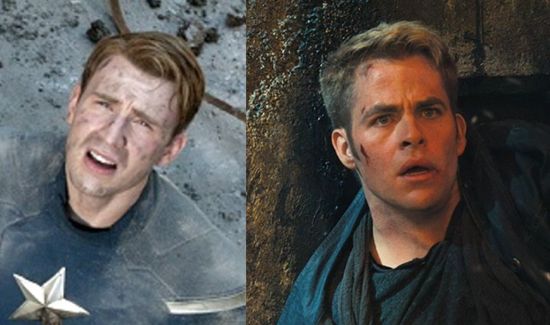 1. Captains Looking Up In Surprise

– While Star Trek Into Darkness might not have a Hulk, it does have a captain. A dirty face captain who likes to stare up at the sky in surprise with his mouth open, just like another certain captain in The Avengers.

Star Trek Into Darkness: Five Ways It Copies The Avengers