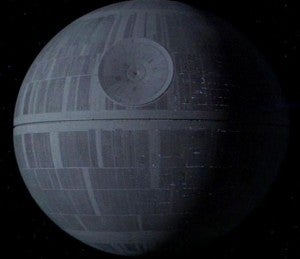 In perhaps the most exciting Star Wars news since Disney announced Star Wars Episode 7, the White House might soon have to seriously consider the possibility of building the Death Star from the Star Wars movie. Earlier this month, Comicbook.com reported on an online petition on the White House website that called for the construction of a real life Death Star to begin by 2016. At the time of our initial report, the petition only had a little over 700 signatures, which was a far cry from the 25,000 digital signatures it needed to reach in 30 days to guarantee a response from the White House. However, the petition pointed out how the Death Star construction would spur job creation, which likely resonated with the unemployed. Or maybe, it's just that Star Wars fan found it funny and have rallied behind the idea. Regardless, the Death Star petition has now reached over 20,400 signatures. The Death Star petition only needs 4,600 more signatures by December 14 for the Obama administration to be required to respond. Considering that President Obama is known to be somewhat of a comic book/science fiction fan, we're betting there's a good chance he might go for it. Here's the full description of the petition, "By focusing our defense resources into a space-superiority platform and weapon system such as a Death Star, the government can spur job creation in the fields of construction, engineering, space exploration, and more, and strengthen our national defense." If you want to help make the Death Star a reality, here's a link to add your name to the petition.