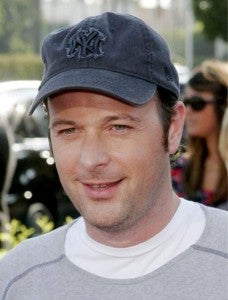 With Disney Studios Chairman Alan Horn revealing that the Star Wars Episode 7 director will be announced soon, we're betting the announcement comes with the next George Lucas and Kathleen Kennedy video that is set to be released on StarWars.com on December 3. With so many well-known directors having already denied involvement, there are only a handful of names that could still be in the running. We've compiled a list of who we think are the five most likely possibilities, and why they may or may not get the job. Jon Favreau – Jon Favreau helped to launch the entire Marvel Cinematic Universe with the original Iron Man movie. Disney might look at his success with launching the Iron Man franchise and think he is just the right guy to re-launch the Star Wars franchise. Favreau also has a solid relationship with Lucasfilm, and he appears enthusiastic and is reportedly actively campaigning for the job. On the down side, the last two films directed by Favreau were not that well received. While a financial success, Iron Man 2 drew criticism from fans. And even worse, Cowboys & Aliens was both a critical and financial flop. Matthew Vaughn – X-Men: First Class was a surprise hit both with fans and at the box office. It was a movie that a lot of fans were vocally opposed to in the beginning, but Matthew Vaughn won everyone over, because he delivered a great movie. And even though Kick-Ass wasn't a huge budget movie, fans were pleased with the job that Vaughn did. Disney could go with Vaughn because he seems to be a director on his way up. The only downside is that he only has a couple movies under his belt, so Disney might not think he has enough experience. Still, he seems like the most likely candidate at the moment. David Fincher – Fincher's name has only recently surfaced as a serious contender, but it makes sense he would be under consideration. Fincher got his star in the business by working as an assistant cameraman on Return of the Jedi, so Lucasfilm might consider him family. Fincher has also directed a number of critically acclaimed movies and is considered one of the top directors in the business. Still, there has only been limited speculated that he's even interested in the job. Joss Whedon - Going in his favor, Joss Whedon has an exclusive contract with Disney, he delivered the highest grossing movie in Disney's history with The Avengers, and he has experience with space movies. If Joss Whedon wanted the Star Wars directing job, then most would probably consider it his to lose. However, there is one big problem. He's already the director for Avengers 2, which is also scheduled to come out in 2015. Odds are Disney wouldn't want to risk overextending Whedon's workload or taking him off Avengers 2, so we're expecting it won't be him. However, Whedon has not commented one way or the other, so he's still got to be considered a possibility. Guillermo del Toro - While Guillermo del Toro sort of seemed to declare himself out of the running, he also sort of left the door open. Guillermo said he had not been formally approached by Disney and mentioned how busy he already was with other projects. However, given his propensity for producing incredible creatures in his movies, he's definitely someone Disney might think would be capable of bringing new characters and ideas to the Star Wars Universe. Guillermo is a longshot, but of those that haven't said definitely no, he's a possibility.