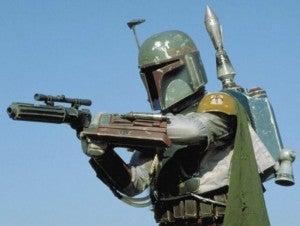 With little official information on Star Wars episode 7, unofficial rumors continue to make headlines. Some of the rumors have already been debunked, such as Reuters report that Luke Skywalker would be starting a Jedi Knight academy in Star Wars Episode 7. However, Comicbook.com has compiled a list of five rumors, which we think are likely true. 5. July 2015 Release Date – Some sites have been reporting a July 17, 2015 release date for Star Wars Episode 7, while we're not sure if that is the exact release date, July does seem like a pretty good bet. With Avengers 2 set to be released in May, Disney will likely want to provide some separation between the two movies so Star Wars Episode 7 doesn't cut into Avengers 2 theater count too soon. 4. January Director Announcement – Kathleen Kennedy said that she hoped to be able to say something about Star Wars in January. While she didn't say what the announcement would be, it seems likely it will involve finally naming the director for the film. With pre-production set to begin in spring 2013, it would make sense that a director would need to be in place by January. 3. Star Wars Spinoff Movies In The Works – Lucasfilm employees have reportedly claimed that Kathleen Kennedy wants to release two to three films a year. While all of these films likely won't be Star Wars films, it stands to reason that some of them will be. With Disney having success with solo superhero movies for the Avengers characters, it also makes sense they would be interested in following the same pattern with Star Wars. 2. Lawrence Kasdan and Simon Kinberg Are Writers Of Future Star Wars Movies – While Lucasfilm has only confirmed that Michael Arndt is the writer for Star Wars Episode 7, the Hollywood Reporter has reported that Lawrence Kasdan and Simon Kinberg have signed to write future installments or spinoffs. Since there has been no denial of the report issued, it's probably true. 1. Matthew Vaughn Is The Director – Even though Jason Flemyng all but confirmed Matthew Vaughn as the director for Star Wars Episode 7, Vaughn didn't issue any type of denial. Most of the other directors that were rumored to be seriously in the running have denied that they got the project, so Vaughn is one of the few credible rumors left. Something had to get him to give up directing X-Men: Days of Future Past, and we don't buy that it was Secret Service.