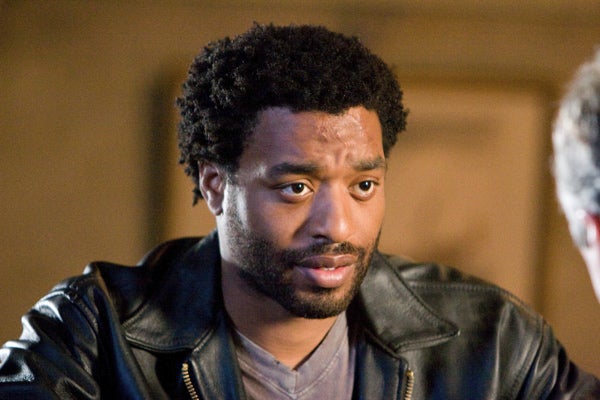 They're reporting the casting on the heels of a story in The Times of London that identified the English actor as "sitting in the lobby of J. J. Abrams' office."A longer interview with Abrams is expected in the paper tomorrow which may address why Ejiofor is there--assuming the secretive Abrams is willing to let people know. Ejiofor, currently in the mix for an Oscar as part of the critically-acclaimed 12 Years a Slave, has only one other film in pre-production right now according to his IMDb profile so, assuming the users who edit that page and the editorial staff there haven't missed anything, he's certainly much more open than other rumored cast members, like the heavily-in-demand Benedict Cumberbatch, who has long been rumored to be under consideration for a villain role in the film. The actor is also a fan-favorite (and has reportedly been on the studio's radar, as well) to play Black Panther for Marvel Studios. A film based on that character is reportedly in the early stages of development now, with Stan Lee apparently having already been informed that his cameo skills will be required.