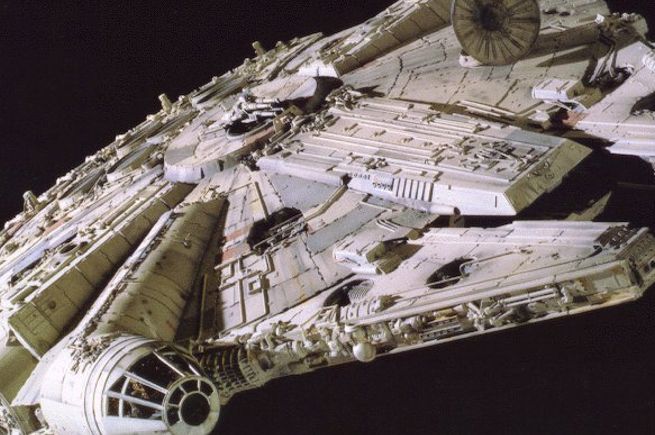 It's no longer uncommon for amateur photographers to get shots of the set of Star Wars Episode VII but it does seem that somebody has got the first really high-quality camera out there.

The photos look either old, or very new, as the Millennium Falcon set we've seen look about half-complete in earlier photos is barely recognizable here...but the resolution and clarity of the photos over at 20minutos is hard to beat, so much so that it seemingly reveals at least three different craft besides the Falcon.

Whether these are older photos or just photos so new that the Falcon is starting to be taken down as the site nears completion of photography, who knows. But it's certainly cool to see everything so close up.