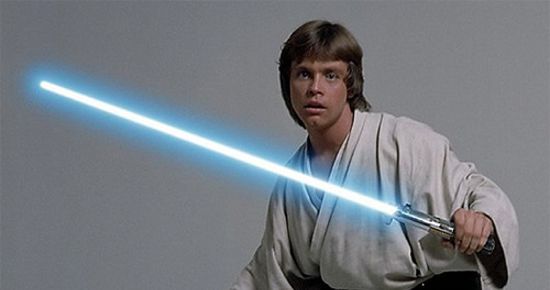 We've been down this road before. We've lost count of how many times that it's been rumored that Disney was about to make a major Star Wars Episode VII announcement only to be disappointed. However, with New York Comic Con set to kick off this week, once again the Star Wars Episode VII announcement rumors are swirling on social media. While there are several people claiming to be in the know that a Star Wars Episode VII announcement will come this week, there is one Twitter account user in particular who has been attracting the most attention. Ali Arikan is the chief film critic of Dipnot TV, and he has a track record of being right on Star Wars news. On Tuesday, Arikan tweeted, "So here's what I'm hearing about Episode VII. Casting and title announcements are imminent, possibly today or tomorrow. But that's not all. I've heard word that there'll be an announcement trailer/teaser featuring Luke. Tweeting this so I look like Nikki Finke if/when it happens." By an announcement trailer featuring Luke, we're assuming that Arikan is referring to former Luke Skywalker actor Mark Hamill making the announcement. In a Comicbook.com exclusive back in September, we reported on a statement made by Hamill's friend and former roommate Robert Englund. "Mark now—they've got Mark in the gym, because Mark's coming back as Luke Skywalker. They've got him doing his sit ups," said Englund. Could Hamill have been getting in shape for the announcement video? With filming on Star Wars Episode VII likely to start soon, Disney is going to have to start making announcements soon if they want to be the ones making the announcement. Why not this week?

E.T. Star Addresses Likelihood of Beloved Film Ever Getting a Sequel