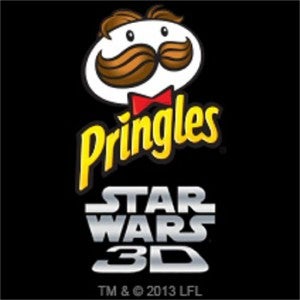 With Star Wars buzz at an all time high since Disney announced the acquisition of Lucasfilm, it seems like everyone has ideas about the popular franchise. Now, Star Wars is teaming up with Pringles chips to give fans a chance to submit their ideas for a Pringle Star Wars video. Here is what we've gathered from the press release about "The Force for Fun" video contest. Fans can submit ideas for a Pringles Star Wars video at www.tongal.com/TheForceforFun from now until January 21 for the chance to win at least $250 and the potential for it to become a national TV ad. After the first stage of the contest, amateur and semi-professional video creatives from the Tongal creative community will compete to produce five videos based on the winning ideas. In addition, fans can submit videos of their own and two of these will be selected as fan-generated "wildcard videos." Of these seven total videos, Pringles and Lucasfilm will jointly select one video to professionally produce which could air on national television in the fall of 2013. The contest is being done to promote both Pringles as well as the fall 2013 back-to-back 3D releases of Star Wars Episode II: Attack of the Clones and Episode III: Revenge of the Sith.