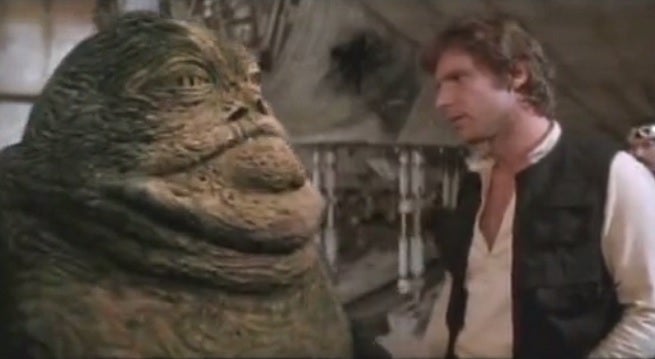 In the years since the original Star Wars trilogy was produced, fans have seen just about all of the extra footage, deleted scenes, bloopers and the like. Heck, some of it was even added back into the films for the Special Edition theatrical re-release in the '90s.

Now, you can see it all in one place.

...Well, two places, really, since the video is quite long and so they split it up.

With Star Wars Episode VII hitting theaters soon and the original cast coming back into the roles for the first time in decades, do you think it'll be more or less likely that people are going to spend hours soaking in the classic Star Wars extras?

Star Wars: Over Two Hours Of Deleted Scenes Strung Together