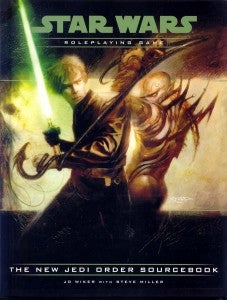 This weekend's reissue (now in 3-D!) of Star Wars Episode I: The Phantom Menace continues an ongoing trend not just by Lucasfilm, but Hollywood in general of milking lucrative franchises until all that's left is the husk. In fact, of the ten highest-grossing film franchises of all time, half of them (including Star Wars) have new releases hitting the theaters in 2012. And that doesn't even count The Avengers, which represents either the eleventh-highest (as the Marvel cinematic universe) or the film that would make a group of smaller, individual franchises into a coherent whole to count. George Lucas, the mastermind behind the original trilogy and the one who holds all the rights for the Star Wars franchise, has indicated that he has no interest in continuing the series. "Why would I make any more,... when everybody yells at you all the time and says what a terrible person you are?" He asked the New York Times in an interview earlier this year in support of his new film Red Tails. But George Lucas won't live forever, and sooner than later, someone else will hold the rights to Star Wars. As the third highest-grossing series in the history of cinema, it would be almost irresistible to the rights-holders to continue the franchise. The two above it on that list? Harry Potter, and James Bond. The Potter films are, at least for the time being and in the familiar mold of the Daniel Radcliffe-Warner Brothers movies fans have flocked to, effectively finished. It's unlikely that J.K. Rowling will return with further Harry Potter adventures, but if she does it's likely that the film franchise will have to be restarted from scratch in order to adapt them. The Bond films have had a  long and successful life, with a boxed set coming out this year to celebrate the fiftieth anniversary of the first movie release. When the emotion of being the series creator is removed, and all that's left is a bottom line, it's hard to imagine that the film's other producers, or their heirs, or FOX, will care very much about any potential fan outcry. Of course, there will be those who say that without Lucas, Hamill and Ford it isn't really Star Wars. Even putting aside the fact that the broader Star Wars universe wouldn't necessarily have to revolve around (or at least star) those characters, though, it's easy to see an example of how that perspective can get steamrolled by looking over the last few weeks of Before Watchmen coverage. Without the involvement of Alan Moore and Dave Gibbons--and especially given Moore's public pronouncements against the endeavor--it's easy to get worked up into a lather about how Before Watchmen is a travesty. Fans will wail and gnash their teeth, they'll threaten boycott and mutter about how it spells the end of times and the creative death of the comics industry--and then they'll buy the books in massive numbers. Even if the first issues are disappointing, fans will likely return in droves for the rest of the story just so that they can be better educated when they take to the message boards with their complaints--just like millions of fans did with the Star Wars prequel trilogy. Star Wars is arguably an even easier sell to Lucas's heirs, or the studio, or whoever needs to be won over, than Before Watchmen would have been, given that there already exists a substantial amount of source material in the form of the Expanded Universe that's widely popular with the fans, has sold well as books and comics, and has at least some degree of official oversight and/or approval from Lucas. While detractors can claim that Before Watchmen spits in the face of Moore's best work and his wishes, it would be substantially more difficult to say the same of a film adaptation of the Jedi Academy Trilogy. It's entirely possible that the next generation of filmmakers to take on this task won't even have to wait until Lucas is gone; with his recently-announced retirement from big-budget filmmaking and a Star Wars TV show which may or may not ever see the light of day, it's easy to imagine someone coming in to him with a pitch he believes could work, and the creator thinking, "Why not? At least this time it won't be my fault if it's a misfire." Even the TV show could push things either way--if it's a massive success it would drive interest in the franchise and a demand for more films, and if it never makes it to the small screen then Lucasfilm might feel it's prudent to find someplace to make some money off those scripts they bought and the special effects they developed. For years, fans were told that there would be no Watchmen II. In recent years, rumors have been persistent and eventually it became clear that, sooner than later, it would happen in one form or another. How long can the Star Wars franchise hold out before the same thing happens to it? Just for fun, you can see Star Wars get the Watchmen treatment as a clever movie trailer mash-up here.

Star Wars Sequels? How Long Until It Gets The Before Watchmen Treatment?