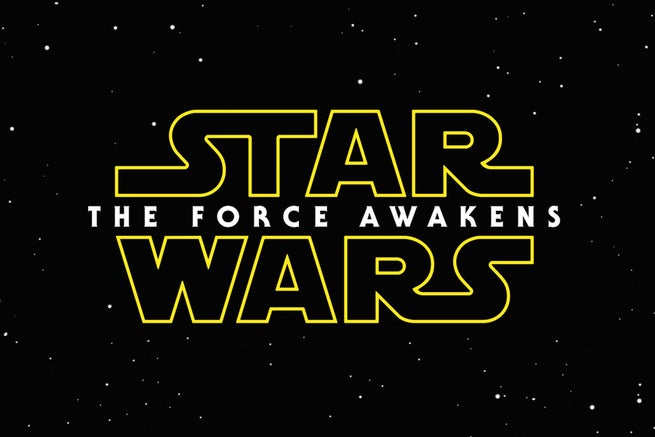 Marvel Studios might be avoiding the Hall H scene this year, but Disney isn't letting all of its big guns take the year off. Lucasfilm has announced a Star Wars: The Force Awakens panel taking place Friday, July 10 in Hall H at this year's Comic-Con International: San Diego.

No specific time for the panel was announced.

Here's the entirety of the Star Wars Comic-Con panels and events schedule released by Lucasfilm:

Join a dynamic, all-star, New York Times-bestselling panel of authors including Alexandra Bracken (the Darkest Minds series), Adam Gidwitz (A Tale Dark and Grim series), Tom Angleberger (The Origami Yoda series), and Tony Diterlizzi (The Spiderwick Chronicles) in conversation with Lucasfilm's Mike Siglain about the new Star Wars retellings for a younger generation of fans. From picture books to novels, these authors present A New Hope, The Empire Strikes Back, and Return of the Jedi in perspectives that will change the way readers understand who these beloved characters are and how they became legends for legions of fans.

Join a variety of authors as they talk about their upcoming projects from that galaxy far, far away. Moderated by Lucasfilm's Mike Siglain, authors from Del Rey and other publishers will participate in a discussion on writing stories for the exciting new future of the Star Wars universe.

Join members of the Hasbro and Lucasfilm teams as they discuss the popular Hasbro Star Wars line. Attendees will get an in-depth look at Hasbro's latest action figure offerings, and word on the Holonet is there may also be a few surprises, including a special product reveal.

Join eFX, Gentle Giant Studios, Kotobukiya, and Sideshow Collectibles for product development insights and exclusive previews of the latest in Star Wars collectibles. In attendance will be Anita Castellar, a self-professed Star Wars fangirl who manages licensing for hardline categories at Lucasfilm such as toys, collectibles, consumer electronics, automotives, and more.

For 40 years, Industrial Light & Magic (ILM) has set the standard for visual effects, creating some of the most memorable images in the history of modern cinema. From advances in the photo chemical process, optical compositing, motion control, and models and miniatures — to the company's pioneering efforts in computer graphics, digital compositing, film scanning and recording, morphing, digital environments, performance capture, character animation and modern digital pipelines, ILM continues to break new ground in visual effects for film, television, themed attractions, and new forms of entertainment. The presenters will discuss the company's work from its earliest days and breakthroughs along the way.

For the first time, Star Wars joins forces with characters from across The Walt Disney Company in Disney Infinity 3.0 Edition – the next chapter in the best-selling hybrid toy/video game series. Fans are invited to the Disney Infinity Pop-Up Shop, located at the heart of Gaslamp District, for the opportunity to play as Ahsoka Tano, Luke Skywalker, Darth Maul or any of the Star Wars characters featured in Star Wars: Twilight of the Republic and Star Wars: Rise Against the Empire.

Fans will also have a chance to step into the "Disney Infinity Only in the Toy Box" mediated reality experience, where guests virtually enter the Toy Box and interact alongside their favorite Disney Infinity characters, such as engaging in lightsaber duels with Darth Vader or Yoda, and take home a customized photo and video with their chosen character. Other Disney Infinity Pop-Up Shop activities include a Toy Box TV Live Edition webcast on Twitch featuring new announcements, surprise guests, contests with prizes, and exclusive giveaways.