With a trailer that ran just about a minute and a half and had almost no dialogue, Star Wars: The Force Awakens remains largely shrouded in mystery.

What little we know -- officially -- is basically that there's "an awakening." Not particularly surprising, considering the film's title.

Here are the things that we most want to know after the trailer... 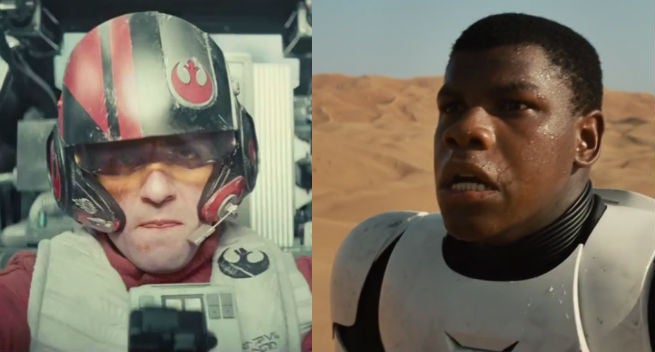 Are the battle lines drawn?

Ahead of the trailer's release, we had heard that John Boyega was going to be a good guy in the film...but the first time we see him, he's dressed in a Stormtrooper outfit. Oscar Isaac, meanwhile, who seems to be getting a lot of jobs playing villains (including in X-Men: Apocalypse) these days, is in Rebel garb and flying an X-wing.

So...is this really indicative of where the characters will end up?

The voice talking about "an awakening" certainly sounds like a villain...but it is the (presumed) villain we see in the final moments of the trailer? Is it The Emperor, who is rumored to be resurrected in some form in this movie? Or someone else altogether?

Why no shots of the classic cast?

It's easy to assume that the lack of any members of the classic Star Wars cast -- be it the Droids or Luke, Leia and Han -- is because J.J. Abrams and company want the first look at the new trilogy to focus on the new and introduce fans to new faces and technology...while tantalizing them with the Falcon.

Of course, there are persistent rumors that much of the plot revolves around Luke Skywalker's hand, and even some rumors that the character could turn to the Dark Side as he's done occasionally in the comics...so there's always the outside chance that it's less about supporting the new and more about not spoiling something going on with the old characters.

Who's the Sith introduced in the trailer?

Other than his badass new lightsaber, we know nothing about the villain seen from behind in the trailer. It's interesting that his lanky form and what little we see of his clothes are evocative of The Inquisitor, the villain seen in Star Wars Rebels...and somebody who's been rumored to share a lot of common ground with the villains of the sequel trilogy. 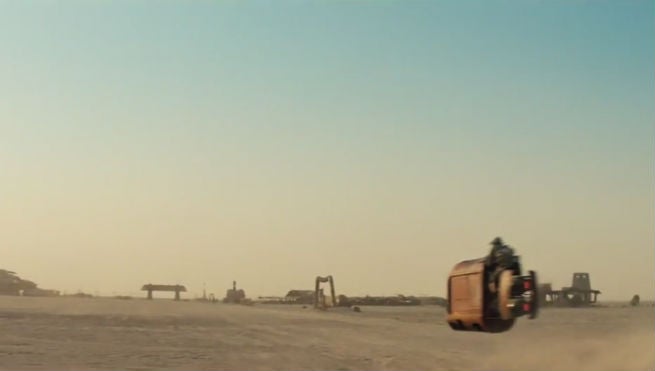 What's the significance of Tattooine?

We see Daisy Ridley and Boyega's characters, both apparently on Tattooine, in addition to the new Droid, purportedly called Kira.

Assuming that we aren't making too many broad assumptions, one has to wonder what's back on that relatively remote planet that is demanding so much attention from our characters.