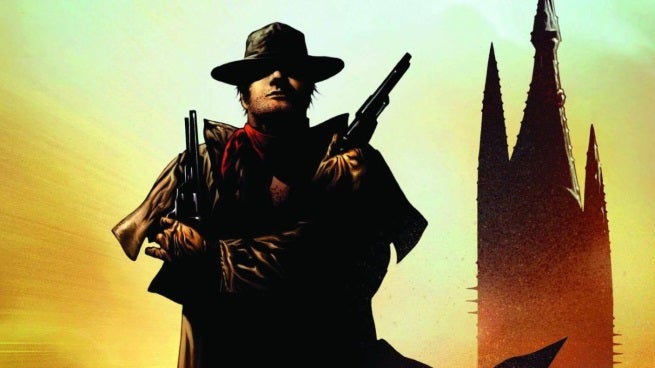 Speaking to MTV News in support of the film adaptation of his short story A Good Marriage, Stephen King gave fans an update on the status of The Dark Tower film adaptation.

King says it may take some time, but he's patient.

Despite the delay, King says he's still excited about the project, which has Ron Howard attached to help an interlocking series of films and television series.

"I love it because it's so innovative — the idea of using the front story as theatrical tent pole movies, and using the back story of when the characters are a little bit younger as a TV thing," King said. "To be able to shoot both at the same time, and use these big sets for TV — it's a very innovative idea."

At one point, Javier Bardem was set to play the lead role of Roland. The deal fell through, but King says he would have been perfect for the role.

"He was perfect," King said of Bardem. "We were this close to green light. You know how it is in Hollywood. Things puff up like mushrooms after a rainfall — then, all at once, they're gone."

So be patient, Dark Tower fans. You're day will come.