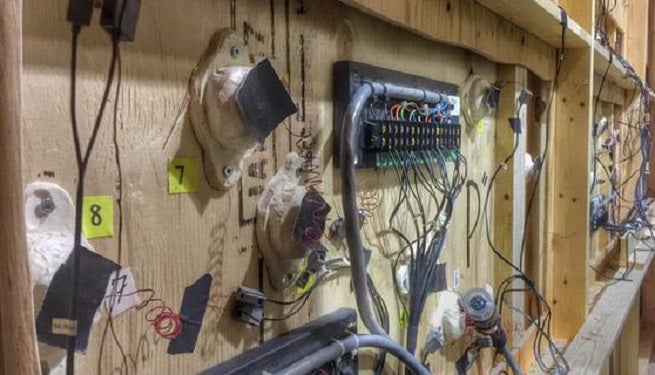 Things are going to get violent in the Suicide Squad movie, as evidenced by these squibs, set up to go off during a gunfight in the film and tweeted out by David Ayer, who is prepping everything to start shooting soon.

While he's been deep in pre-production, Ayer has tweeted frequently, but it's been largely cryptic shots of unfinished sets, weapons and special effects rigs.

You can see the full image in the tweet below.

Ayer will direct the film, which stars Jared Leto as The Joker, Margot Robbie as Harley Quinn, Will Smith as Deadshot, Jai Courtney as Boomerang; Joel Kinnaman as Rick Flag; and Cara Delevingne as Enchantress. Viola Davis will play Waller. Ed Harris and Joe Manganiello are rumored to appear as well.