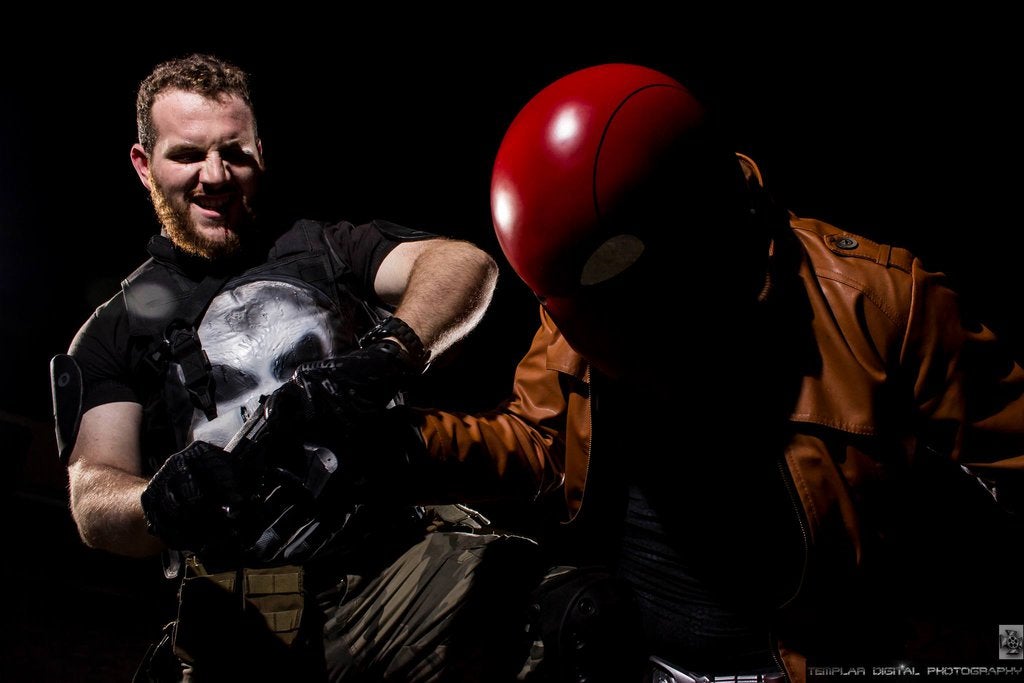 While we may never see the most powerful heroes and villains from Marvel and DC face off against each other on film, television or in the comics, it has happened 4 times already in Machinima's beloved Super Power Beat Down series. DC currently has the upper hand having won 3 of 4 against its Marvel counterparts. Superman got the best of Thor while Nightwing took down Gambit and Batman overpowered Deadpool. Marvel's only win was a clash of titans as Wolverine became the first competitor to win twice in bringing Batman to his knees - marking the only time a DC character has lost. Marvel, meanwhile is just 3-3 in the series.

On Monday, July 14th, in the 12th episode of this popular series, Marvel has another chance as the two biggest gun-toting vigilantes in their respective universes will go head-to-head in a deadly brawl - Red Hood vs. Punisher. Airing on Machinima Prime, the home of Machinima's premier live-action content, the winner in this newest and bloodiest fight in Super Power Beat Down history is once again determined by fan vote.

You can check the video below. Chime in in the comments to let us know what you thought of the throwdown.

Super Power Beat Down is one of Machinima's most popular live-action series, averaging 1.8 million views an upload on Machinima.

SPBD is directed by filmmaker Aaron Shoenke, who is best known for his independent Batman-genre fan films. The episode stars Kevin Porter (Dodgeball: A True Underdog Story, The Chronicles of Curtis Tucker) as Punisher and Rich Manly as Red Hood.

Super Power Beat Down: The Punisher vs. The Red Hood