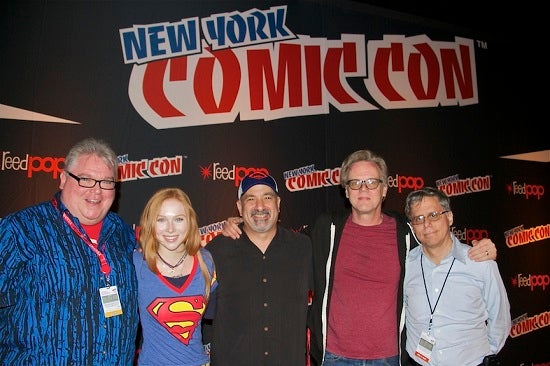 Warner Bros. have released to the press the Superman 75th Anniversary Celebration animated short that premiered at New York Comic Con on Saturday, October 12. You can now see it below, rather than going to the Entertainment Weekly website, where it had been exclusively embedded the last couple of days. The short is produced by Warner Bros. Animation, in conjunction with DC Entertainment. Producers are Man of Steel director Zack Snyder and animation guru Bruce Timm. A high resolution version of this animated short will be available on the Man of Steel Blu-ray Combo Pack, which will be distributed by Warner Bros. Home Entertainment on November 12, 2013