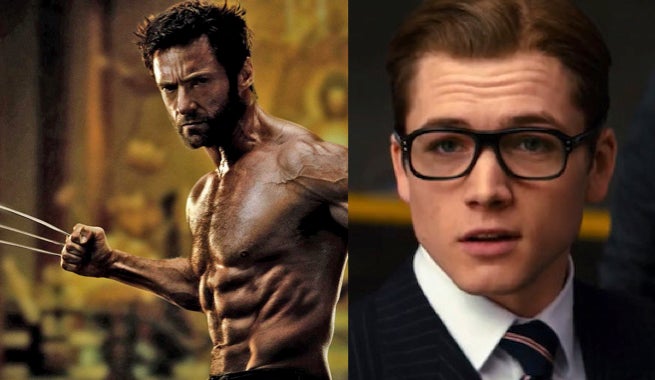 Kingsman: The Secret Service star Taron Egerton wouldn't mind trading in his service pistol for a pair of adamantium claws.

Egerton, who played Eggsy Unwin in the Secret Service film earlier this year, recently said that he would love to be the next live-action Wolverine after Hugh Jackman retires the role. While he may have to work on his mutton-chop game, the actor said confirmed that he'd certainly enjoy the role.

"I am a huge X-Men fan! My feeling about that is… I don't know if I'm quite grizzly enough. My facial hair is still very thin and patchy. I feel someone who plays Wolverine potentially needs testosterone in abundance. Yeah, I'd love to have a go at it, but I don't know. [Laughs] I don't know. I was with Hugh the day that he announced his retirement from that role. I did joke about that very thing with him," Egerton told ScreenRant. "But the phone hasn't rang yet, my friend, so I don't know."

Interestingly, Egerton was recently rumored to play another major X-Men character, Cyclops, for X-Men: Apocalypse. The role of young Scott Summers ultimately went to Tye Sheridan however, who is currently filming the part.

While Hugh Jackman still has one more solo Wolverine movie to go before exiting the X-Universe, 20th Century Fox is reportedly already looking for a younger replacement. Egerton is only a few years younger than Jackman was when he first played Wolverine in 2001's X-Men, so it's not a stretch to consider him a viable candidate.

Would you like to see Egerton as the next Wolverine? Let us know in the comments.