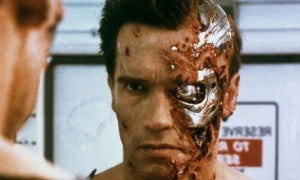 The release date for the forthcoming Terminator film rumored to be coming from Thor: The Dark World director Alan Taylor has been pushed back from June 26, 2015 to July 1, 2015, according to the almost-never-wrong Exhibitor Relations Twitter account. The first in a stand-alone trilogy, Terminator will be produced by Megan Ellison of Annapurna and David Ellison of Skydance. Dana Goldberg and Paul Schwake of Skydance will serve as executive producers. Laeta Kalorgridis and Patrick Lussier are attached to write the screenplay. 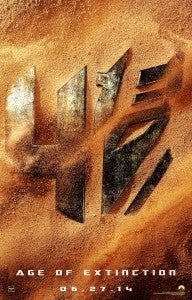 Launched in 1984 with star Arnold Schwarzenegger as the title character, Terminator spanned 3 subsequent films, which have earned over $1 billion at the worldwide box office. Rumors recently surfaced that Schwarzenegger will return to the franchise, facing off against Dwayne "The Rock" Johnson in a version of the film that is set in the 1940s or 1950s. David Ellison most recently executive produced, along with his partners at Paramount, World War Z, Star Trek Into Darkness, G.I. Joe: Retaliation and Mission: Impossible – Ghost Protocol.  A fifth installment of in the Mission: Impossible franchise is in active development, along with a 3rd film in the G.I. Joe franchise, among other films. Megan Ellison most recently produced the Academy Award-nominated Zero Dark Thirty, The Master and executive produced Spring Breakers via her Annapurna Pictures banner and has David O. Russell's American Hustle, Spike Jonze's Her, and Bennett Miller's Foxcatcher set for release later this year. Paramount also officially confirmed the release date of Transformers: Age Of Extinction will open on June 27, 2014.