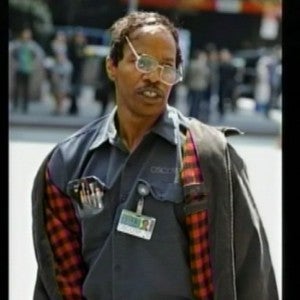 On Wednesday night's Late Show With David Letterman, Jamie Foxx shared some details on The Amazing Spider-Man 2. In regards to the look of his character Max Dillon, Jamie Foxx said, "My sister actually did the hair on this, and I told my sister I want to look like I would look if I never would have made it." When Letterman asked if someone had slapped him to knock his glasses sideways, Jamie Foxx said, "At this moment, I had just encountered Spider-Man. He swoops down and he enchanted me." In regards to the cast and crew, Jamie Foxx said, "Working on Spider-Man, Marc Webb the director, Andrew Garfield, Emma, all these people were fantastic, but the experience of being able to play the villain in Spider-Man is…I hate to say it, electrifying. And my four year old daughter, who loves Spider-Man, would dress up as Spider-Man on the set and watch me do my thing. But she was also like 'Well, dad, Spider-Man's going to kick your butt, right?'" Jamie Foxx also revealed that Marc Webb would let him come up with some of his own lines. As an example of one of his lines, Jamie Foxx said, "Itsy, bitsy spider went up the water spout, down came Electro and wiped the spider out."