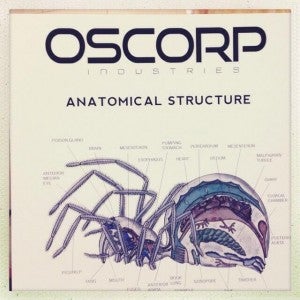 Marc Webb, the director of Sony's upcoming sequel The Amazing Spider-Man, has once again piqued the curiosity of Spider-fans out there by showing off some internal documentation from Oscorp. Given the fact that Oscorp drove not only the plot but also the viral campaign for last year's The Amazing Spider-Man, it's probably not surprising that the corporation that gives Gwen Stacy her job continues to be a focus for the filmmakers, along with the Marvel Universe's infamous Ravencroft Institute for the Criminally Insane. They both provide the framework for a great viral campaign, as highly-organized and well-funded organizations such as those would have a substantial web presence. Here, though, it's a simple poster that's drawing all the attention. Using the hashtag "Patient Zero," Webb teased a diagram of a spider, suggesting to many that the folks at Oscorp may be trying to replicate Spider-Man's accident--or even experimenting on Spider-Man himself.

Michael Mann Wants to Adapt Heat 2 Into a Movie

Nope: Jordan Peele Teases How His New Thriller Explores the "Addiction to Spectacle"