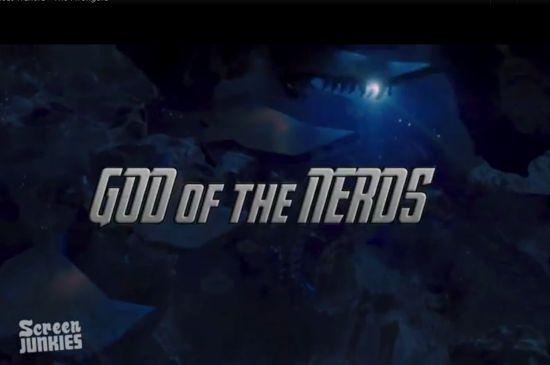 To celebrate the release of The Avengers on DVD and Blu-Ray, Screen Junkies has given The Avengers the Honest Trailers treatment. While Screen Junkies send-up of the Avengers movie is pretty harsh, it's also pretty funny. In the intro, they refer to Joss Whedon as the "God of the Nerds," and they note he brings us "the movie blockbuster that finally unites the world's greatest superheroes that Marvel still has the rights to." They also claim the movie "blinds all nerds from emitting any legitimate criticism and put all of DC Comics on suicide watch." The parody trailer also calls into question a lot of the more confusing plot elements of The Avengers. For example, the trailer notes that for the sake of the plot the Hulk is suddenly able to control his rage without any explanation, but it's also said to not matter, because the shot of Hulk punching the Leviathan was awesome.

The Avengers Gets Honest Trailers Treatment