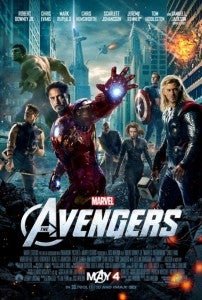 A couple days ago, Comicbook.com reported on a CNN writer naming The Hobbit as the worst movie of 2012. Considering all the lousy movies in 2012 deserving of the title, the fact that a movie that is continuing to enjoy box office success and good worth of mouth would be declared the worst created quite a backlash via social media. Now, there comes another declaration by a major media outlet that is sure to create a similar amount of controversy.  The LA Times conducted a poll of its readers to pick the most overrated movie of 2012, and The Avengers won the dubious honor in a landslide. How could a movie that received a 96% liked it rating on Rotten Tomatoes and that was the highest grossing movie of the year also be the most overrated? Well, it appears that there were only a little over 2,600 respondents to the LA Times online survey, and 85% of the votes were directed at The Avengers. With a fairly small response, could it be possible that some voters found a way to stack the ballot box with multiple votes? Of course, popular movies that almost everyone has seen always tend to get a lot of attention in these type polls. Last year, The Twilight Saga: Breaking Dawn Part 1 was voted the most overrated.